This November, we continued our webinar series, Complete Streets 301: Putting people first, with a Complete Streets federal policy update. A recording of the webinar is now available. You can also download a PDF of the presentation or read the brief recap below. 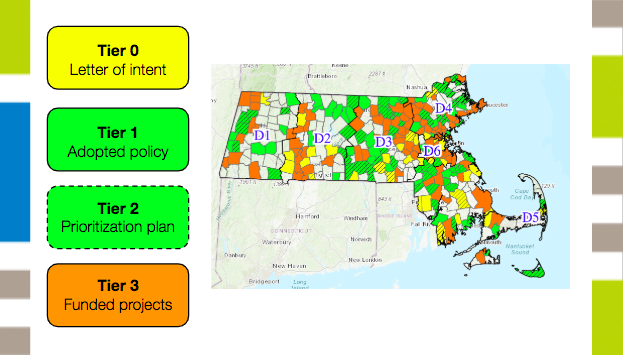 Next, Scott Goldstein, Policy Director for our sister organization, Transportation for America, outlined specifically what the Complete Streets Act of 2019 would do and what the process will be to get it passed. He made sure to explain the broader context of transportation funding and the reauthorization process. 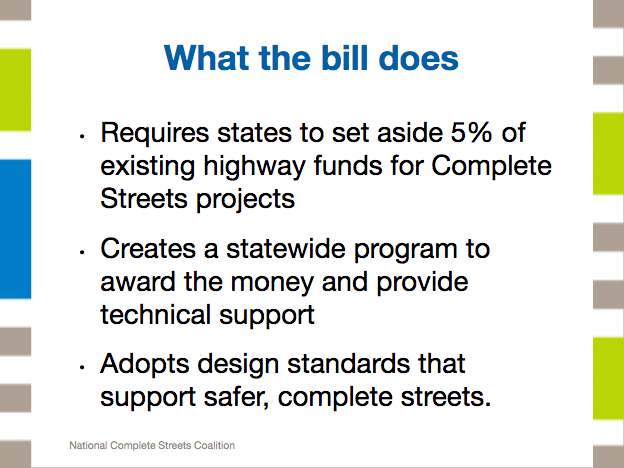 Finally, he emphasized that legislative change cannot happen without the wide-spread, vocal support of advocates. Your members of congress want to hear from you.

You can learn more about the crisis of pedestrian fatalities on our nation’s streets by checking out Dangerous by Design. Explore the different tabs for data on vulnerable populations, the most dangerous congressional districts, and more.