Millinocket, ME: Recovering from the loss of an industrial giant

Millinocket, Maine epitomizes the plight of many rural communities across the country that struggle to adapt as legacy industries or major employers that once helped sustain a place slow down or close altogether. But Millinocket has found new hope in part by pairing improved broadband internet access with a focus on downtown revitalization, giving the community the chance to take hold of their future and “actually build something” new. Today, in the second part of this short series of profiles, we have the story of Millinocket, Maine, which hosted a Cool & Connected workshop in 2017. Listen as we talk with two residents of Millinocket about their experiences with the loss of a major employer that anchored the town for over a century, their efforts to bounce back, and how the Cool & Connected process assisted in that goal. Senior Policy Advisor for Smart Growth America, John Robert Smith, helps narrate the story. (Written transcript below.)

LISTEN—Millinocket, ME: Recovering from the loss of an industrial giant

To hear more about how your community can use sustainable downtown development and investments in broadband to support your local economy, register for our action steps webinar on April 5 at 1:30 p.m. ET

Some edits made for clarity

Michael Crowley: Millinocket was basically a town that grew up around Great Northern Paper. Great Northern Paper was here, they built the paper mill. For 100 years they were the economic driver. We got the reputation of being the “Magic City” because of how quickly we grew up around Great Northern Paper. We had at one time a population of 9,000 people, we had the strongest economy in the state of Maine, we had some of the highest paying jobs, the mill employed at its height probably around 4,000 people with the Millinocket and East Millinocket mills. We were the economic hub of Penobscot County and a great economic driver for the State of Maine. It lasted for well over 100 years before the downfall unfortunately of the paper industry.

Crowley: I’m the executive director of an organization, a non-profit organization, Our Katahdin, we’re an economic development engine for roughly 10 communities in northeastern Maine that are on either side of the beautiful Mount Katahdin.

Mike Madore: Hi I’m Mike Madore. I am a lifelong resident of the town of Millinocket. I was in private business for 25 years and then went back to my first love which was teaching and I taught special ed for another 20. I’ve just recently retired. I am a four term town councilor for the Town of Millinocket. I am part of our economic development committee.

Smith: When the Millinocket paper mill closed in 2008, it was devastating to the town. As Crowley mentioned, Millinocket grew up around the paper mill. Dealing with the loss of the town’s only major employer was hard for both the town government and the residents. But today, they’ve turned a corner.

Madore: The process of getting over, you never really get over the loss of an industrial giant like Great Northern, but one of the things that helped was the demolition of the mill. As long as the mill stood and as long as the paper machines were there, there was a fervent hope that somebody would come in and revitalize the paper mill as such.

Crowley: So the Great Northern leaving was not only a financial and economic loss, it was a cultural loss because now the people in Millinocket for the first time ever not only had the opportunity to determine what their destination in their future would be but they had the responsibility, obligation to do that. And I don’t know that everyone was well tooled to shift as quickly as was required. So the predictable button down the hatch and ride out this storm was a very important time in the history of this community and I think it will be recorded that way. Not only was it a time to kind of assess and re-adjust and maybe size adjust everything that goes on in the community—8,000 to 3,500 people, schools closing, etc.—but it was an opportunity for the community also to wrap its head around “what do we want to be?”

Smith: And that is the key question for Millinocket, and other towns like them whether they’re struggling or not: Who do they want to be? Without a vision, it’s hard for cities or towns of any size to reinvent themselves. So what does the Millinocket of the future look like? Mike has an idea.

Madore: Think of an alpine village nestles in the woods, that has a gentrified downtown and hospitality services that are every bit as world class as the sense of place we both have been alluding to and speaking about for the last few minutes. Match that up with the grit and the hardworking men and women who love working in the woods, and love working with the wood product that is also a very important part of the platform for the new Millinocket. Young families, job opportunities, safe, friendly, and in some ways could be very quaint neighborhoods with minor investment. That is the Millinocket of 2030. And I think it’s a matter of time. But I think this notion of this community barely surviving and losing more than it’s gaining, that’s in the rear view mirror now. We’re now at a place where we all need to shoulder in and begin to look for that world class opportunity that is out there. 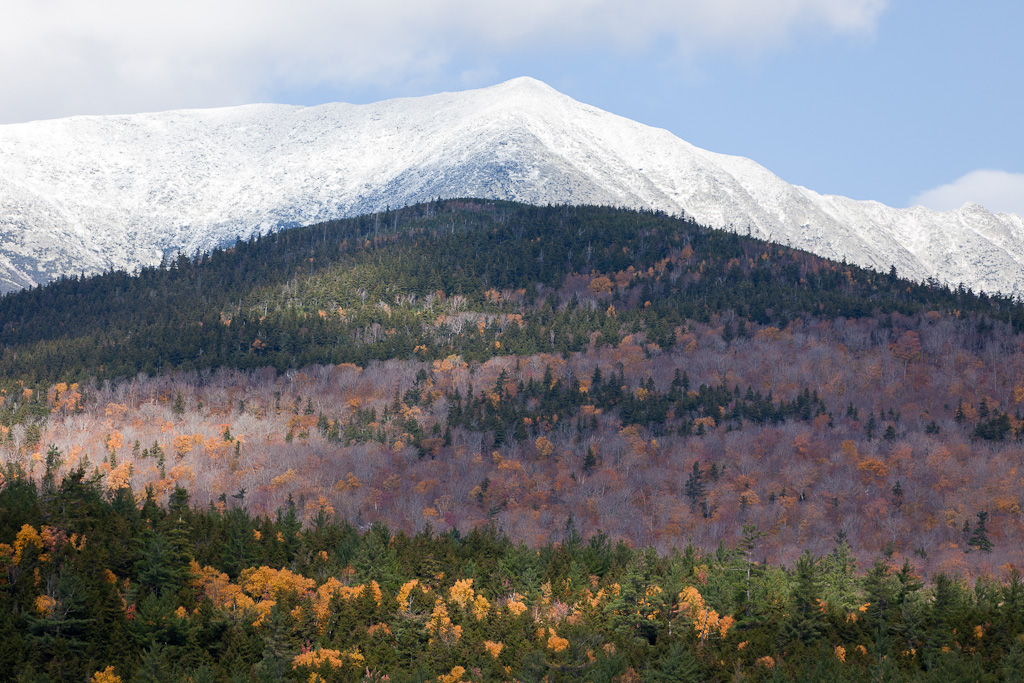 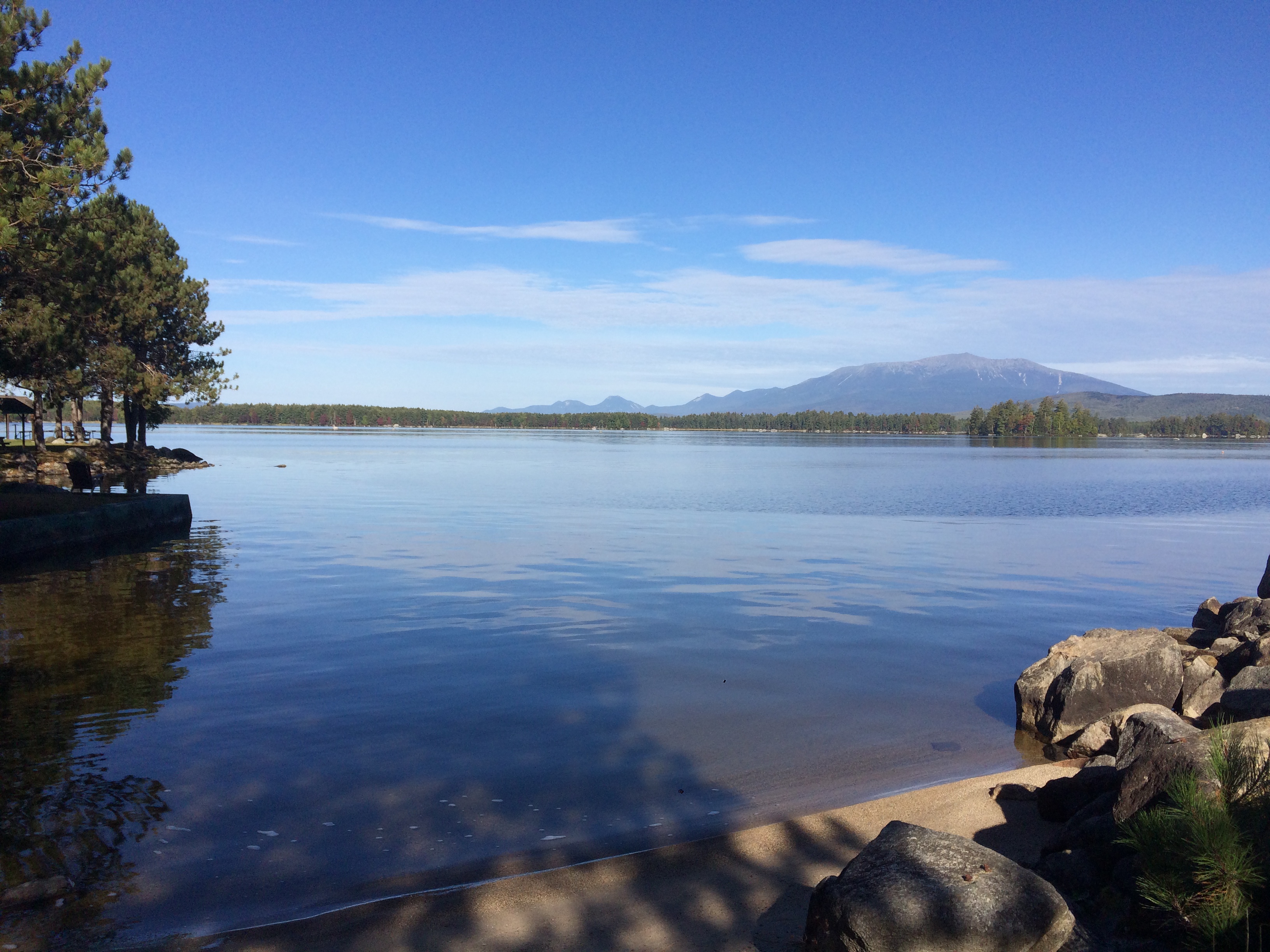 Smith: With that vision in hand, it becomes easier to see where the town needs to focus its efforts.

Crowley: One of the things Cool & Connected brought out was the fact that we had a downtown that is the central hub of the community. We found that we had an area in our downtown that was totally underutilized and was, I would not say neglected but maybe not necessarily taken into consideration as other parts of our community. We focus so much on the mill site and on trying to bring back economic development in that way we didn’t really look at the town’s infrastructure as far as what could entice people necessarily to move in.

The Town of Millinocket has partnered with the Scenic Byway Committee for the State of Maine and is creating a green space to start our Main Street which contain a couple of city blocks that will be converted into green space where we’ll be able to have events, where we’ll be able to go ahead and have concerts, where we’ll be able to go ahead and create an environment for people to go and enjoy the downtown area more. We are going to go and apply, after we upgrade our comprehensive plan, we’re going to start applying for economic development grants to work on the beautification of our downtown area. We will be working on trying to put in the amenities necessary to entice people to be downtown to want to go ahead and take advantage of our restaurants, our shops, our retails places.

Smith: But some redevelopment has already begun to happen as a result of Millinocket’s first few steps.

Crowley: We have an organization who is working to invest one million dollars in the community to renovate properties within the downtown area for residential living that are properties that have been identified as not only walk-friendly, but also properties that are aesthetically significant in their structure to the atmosphere and the heritage of the town of Millinocket. And all of them are within walking distance of all the downtown amenities, of the hospital, of the mill site.

They’re taking local contractors to work on them so they’re stimulating the economy. They’re turning dollars back into the community by doing this and they’re part of what we are trying to focus on which is the center of town which is the main street area and make it as you pointed out to us many times a walking community to attract millennials and professional people to move into the area in some really nice, when these are renovated, some really nice properties.

Your broadband expert that was here, Brian Rathbone, he gave us a tremendous amount of ideas as far as how we can expand our broadband service more and more and we have not only in our Main Street area all the way up to the mill site but also in our library now and our hospital all have upgraded their broadband as well as our school. 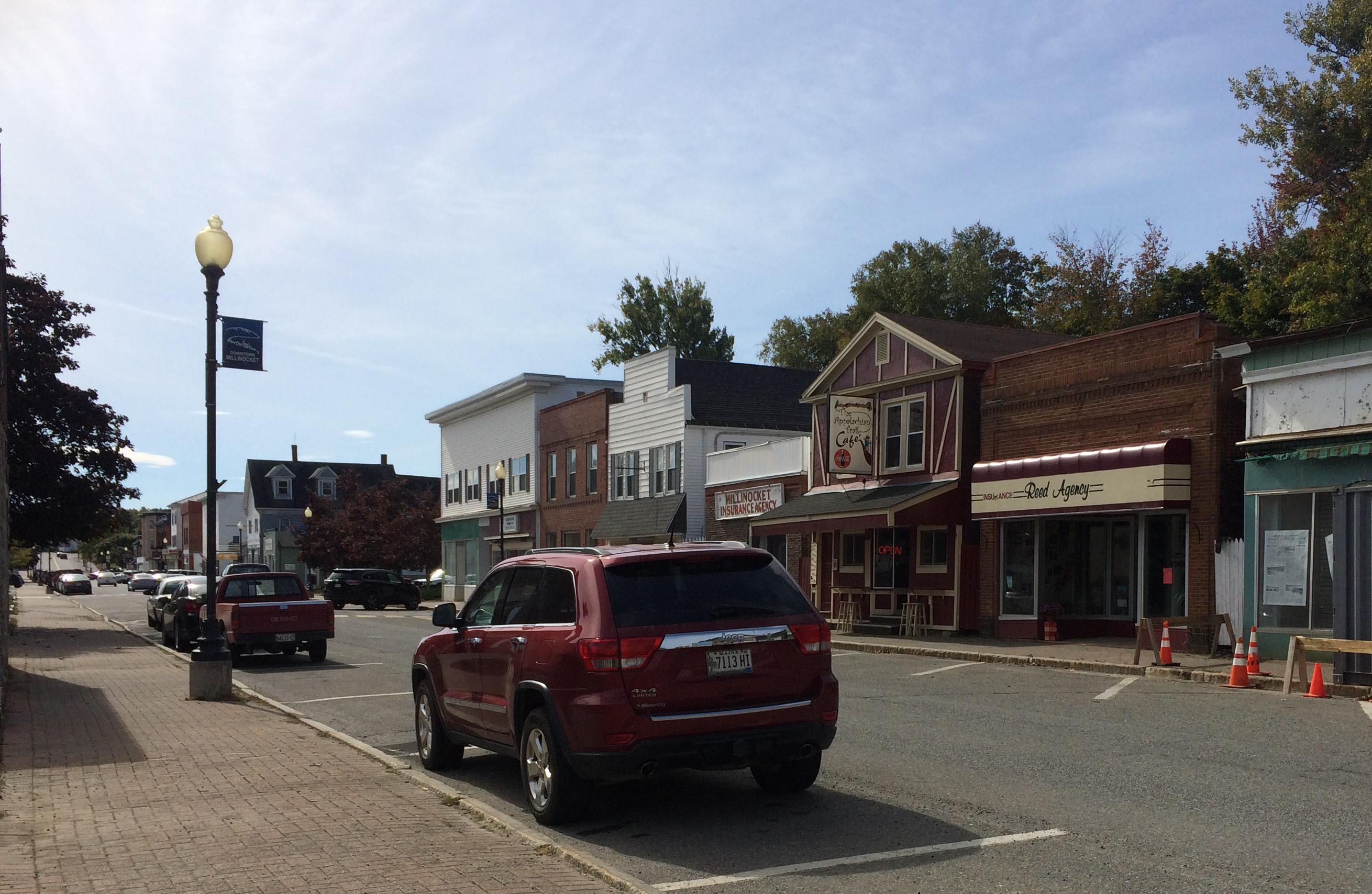 Smith: Access to that world-class broadband internet is one big reason that there is more interest and investment coming to downtown Millinocket.

Crowley: We were very pleased to have some grant funding to begin the broadband expansion into Millinocket. That will help us attract another generation, a new generation of workers who don’t go to a factory, who don’t go to a large office building but they work from their home. They can work from home, in Millinocket, Maine, in this beautiful place with the same access as anywhere on the globe. And that is remarkable.

Smith: Every town is different and needs to figure out what will work best for them. But particularly for communities reeling from the loss of a major industry, an ambitious, town-wide project like this can really bring a new energy and engagement to the town that hasn’t been there in a long time.

Madore: My experience with the Cool & Connected process was that you brought in some inspiration. You didn’t come in with all of the fixes in hand. But you brought into the community some exceptional examples of like-minded communities who were faced with daunting challenges and who had the determination and the passion to make things better. And knowing that others had done it i think is always an effective way of empowering people.

And Cool & Connected was an effective mechanism to get people to talk in real terms with real people, which helped I think put a different face on federal agencies, which there hasn’t been a high presence of those agencies in this regions historically, so that was a positive. I also saw a change in the people in Millinocket who were able to participate. It’s beginning to feel real. It’s beginning to feel like we’re going to build something. We’re not going to just save something. And we’re not going to just watch it torn down and carried away on trucks. We’re actually going to build something.

Smith: Millinocket is one of many rural communities across the country using broadband to help spur infill development and reinvent their economies for the 21st century without compromising the historic nature of their town. We’re grateful for the generosity of Michael Crowley and Mike Madore in sharing their stories with us. Finally, we want to thank U.S. EPA and the U.S. Department of Agriculture and the Appalachian Regional Commission for their support for Cool & Connected. And thank you for listening.