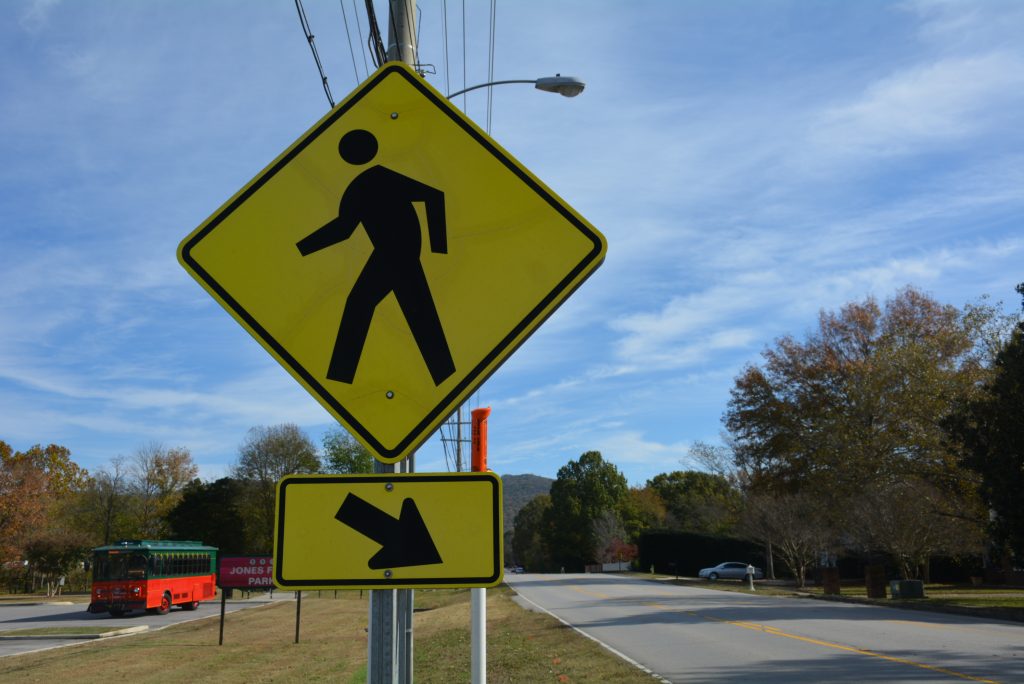 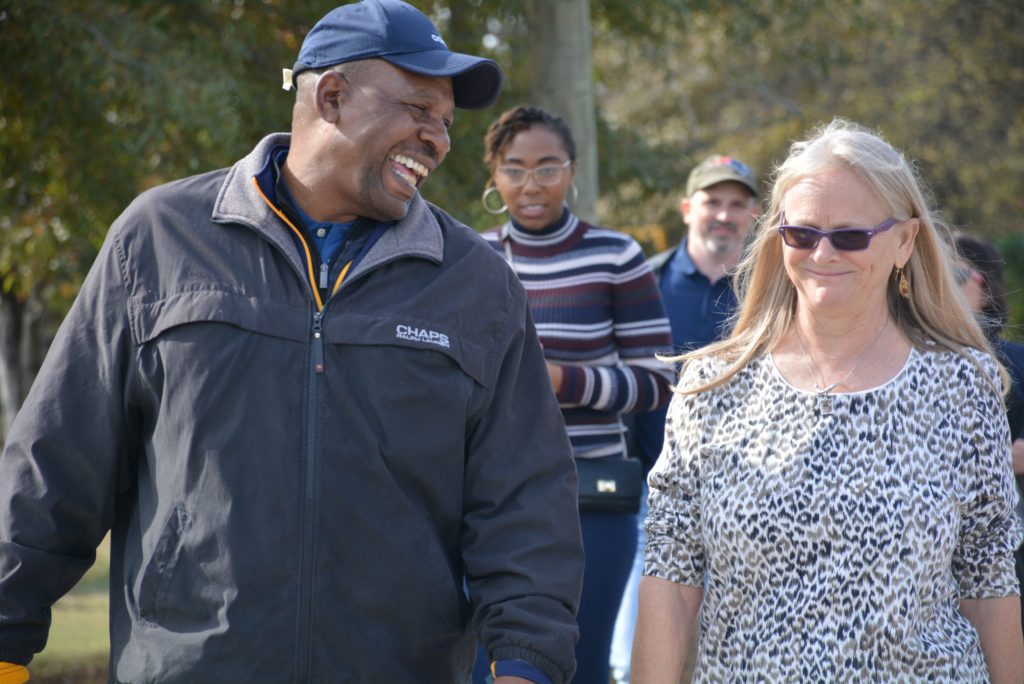 Welcome to @huntsvillecity! We’re excited to be in the Rocket City with @CityPGH & @CityofDurhamNC for the first workshop of the #SafeStreets #SmartCities Academy pic.twitter.com/A5cSH18cxe

Back in September, we announced the selection of Huntsville, AL; Durham, NC; and Pittsburgh, PA to participate in the second round of our Safe Streets Academy, now with an added focus on ‘Smart Cities.’ A team of 10 people from each city will travel to three in-person workshops, join six distance learning modules, and ultimately test out what they learn by introducing temporary tactical urbanism projects to transform their streets into safer places for people. We met in Huntsville for the first workshop in the series where Mayor Battle graciously welcomed us

Huntsville gets its nickname—The Rocket City—from the local U.S. Space & Rocket Center where many of the famous Apollo shuttles were carefully designed to ensure the shuttles were safe for astronauts in outer space. In retrospect, this history created an apt setting for our first Academy meeting, where we hope to inspire engineers and planners committed to devoting that same level of attention to ensuring people walking, biking, riding the bus, and driving can move safely through spaces much closer to home: namely, our streets.

Guest instructor Andrew Glass Hastings of Remix tackled the challenges of addressing new mobility technologies with an exercise called the “human spectogram”. We got out of our chairs and arranged ourselves along a spectrum from strongly disagree to strongly agree” in response to questions such as whether the scooter fad will last, whether cities should proactively partner with transportation network companies like Uber and Lyft, and whether we think congestion pricing will become more pervasive in American cities. After each question, we held a brief discussion about why we’d chosen to stand where we did. 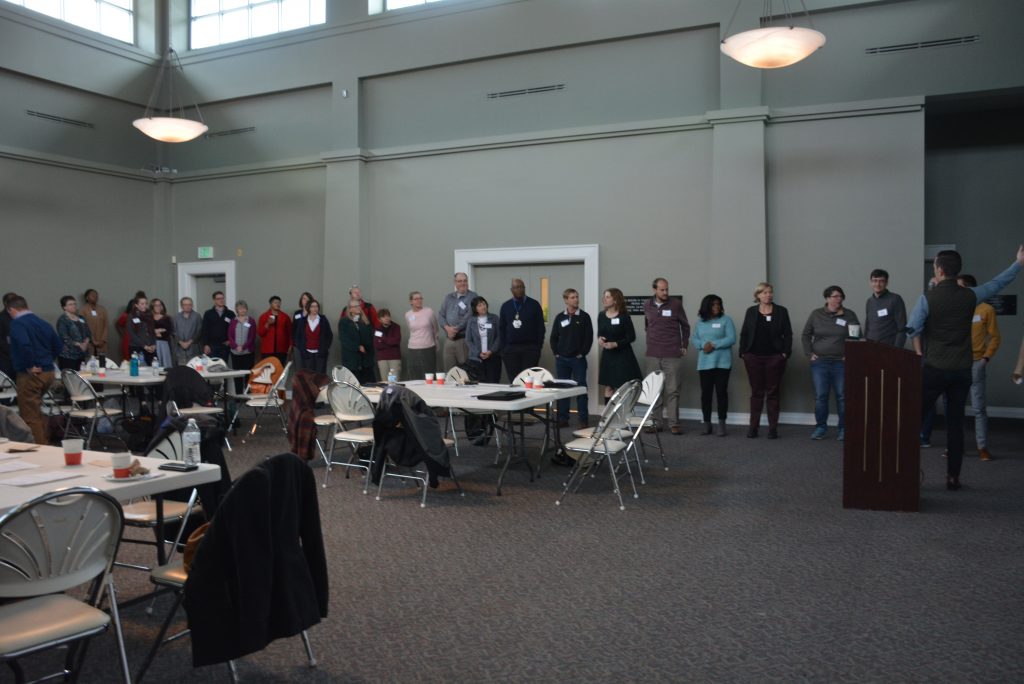 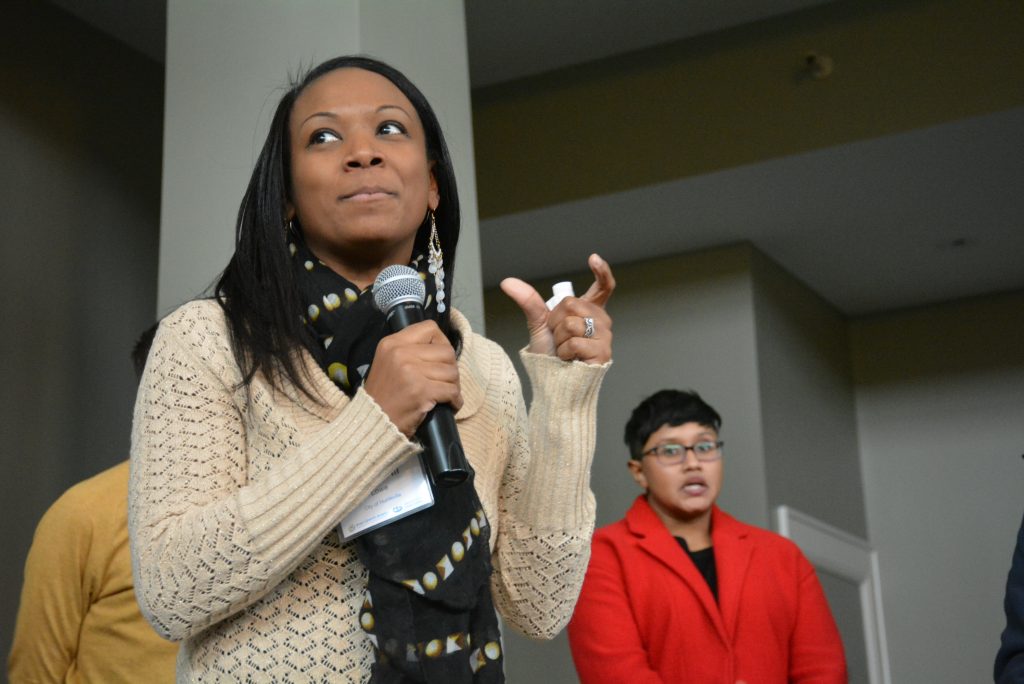 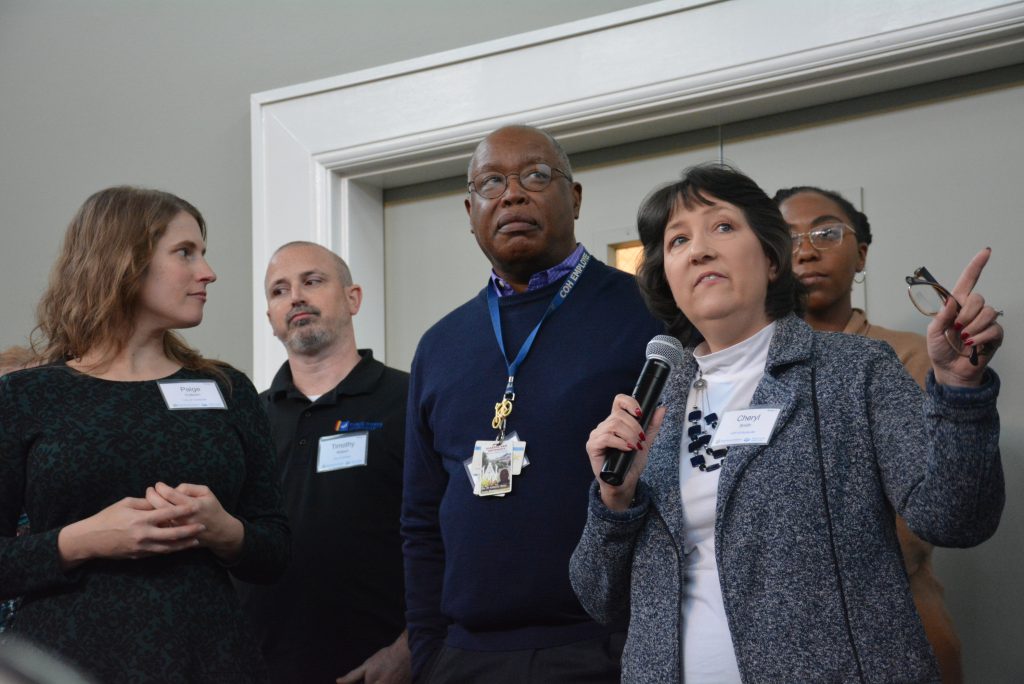 We didn’t shy away from difficult conversations in Huntsville. Charles Brown, Executive Director of Equitable Cities, challenged the three cities to think critically about the harmful impacts of a business as usual approach to transportation planning and community engagement. He then shared strategies for more inclusive, meaningful community engagement and facilitated a discussion about the importance of integrating social and racial justice into day-to-day transportation planning practices.

“If you don’t understand a community, you cannot do effective community outreach and engagement . . . You need to go into meetings to listen, not to sell an idea.”
– Charles Brown – 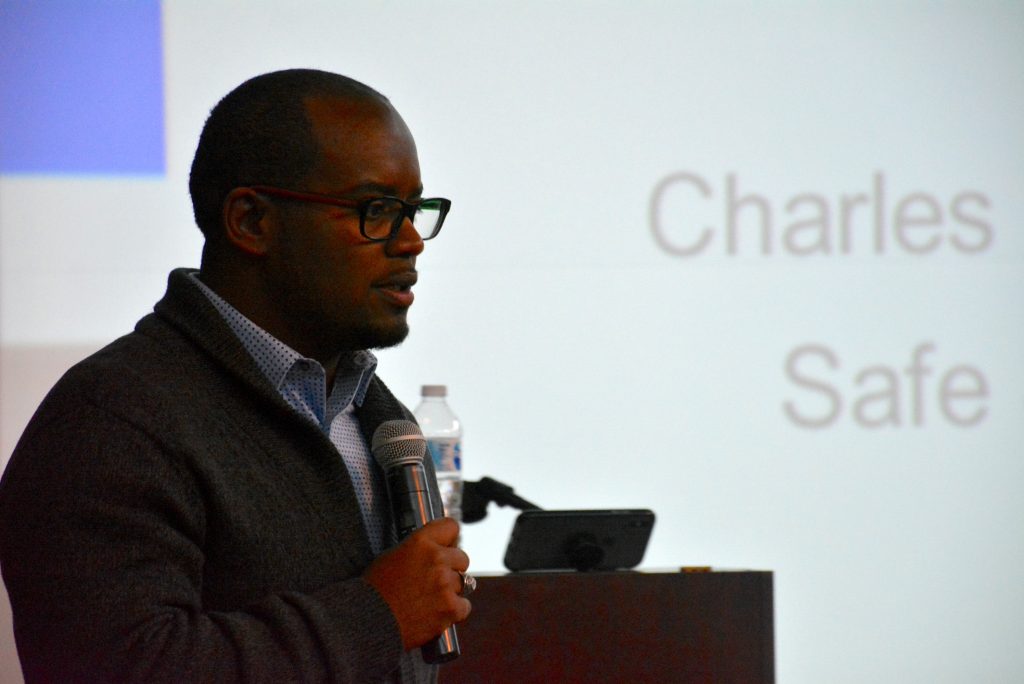 Our workshop also featured a presentation from Scott Thompson, who led the Lexington, Kentucky team during last year’s Safe Streets Academy. Scott spoke about how they used their safety demonstration project on Bryan Avenue as a tool to not only create safer streets, but also to develop stronger relationships with the community and overhaul their existing community engagement strategies.

“What I’ve learned over time and what we try to practice on a regular basis is that we no longer hold public meetings in a podium environment . . . We do open houses with lots of volunteers where we walk people through the process, so it’s more one-on-one. People tend to open up a bit more, and they’re much more civil. We’re continuing to use that model to involve the community in what they want out of these particular areas.”
– Scott Thompson –

The team from Huntsville also got the chance to show off their city during our visit. They shared some lessons learned about community engagement from their recent comprehensive plan update and also told us the story of Spragins Avenue, a pilot project that introduced protected cycle tracks and intelligent traffic signals that detect the presence of cyclists and adjust the signal timing accordingly.

But the centerpiece of our workshop was the in-person site visit, where we travelled around Huntsville via trolley to experience three dangerous streets and intersections firsthand. The locations featured mid-block crosswalks that are routinely ignored by drivers, crosswalks that were missing entirely, difficult to traverse slip lanes, ill-marked bus stops, and lots and lots of speeding drivers. 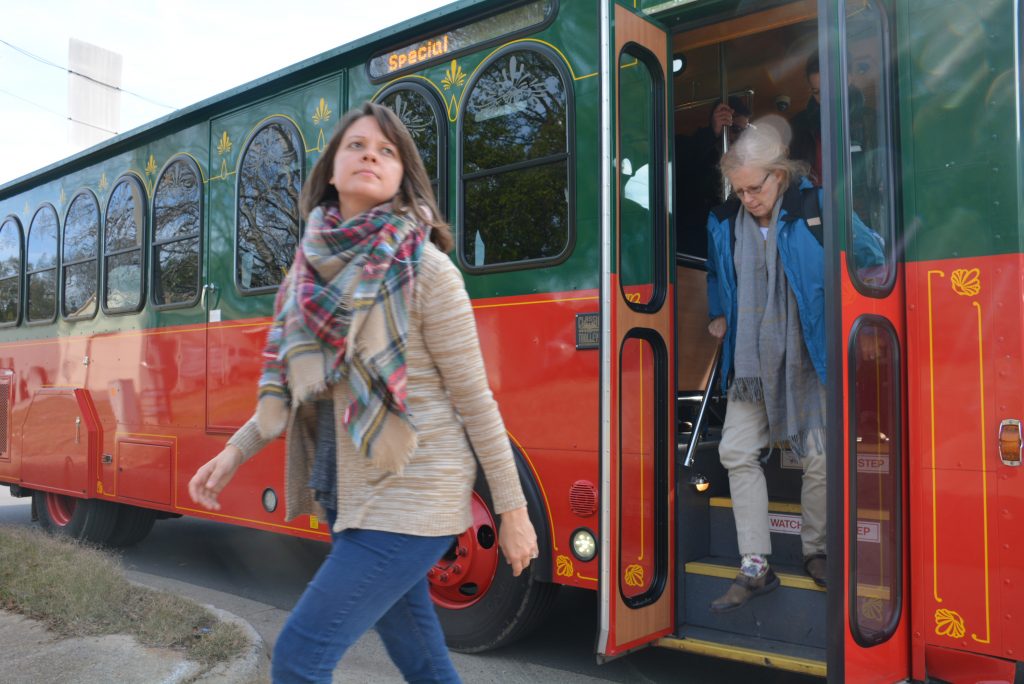 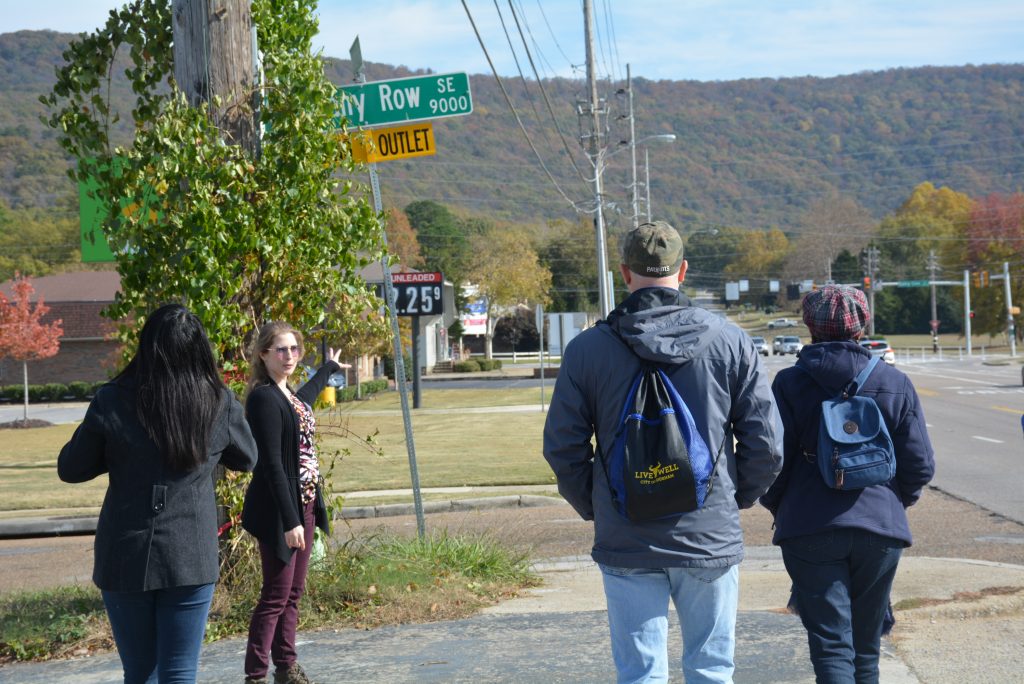 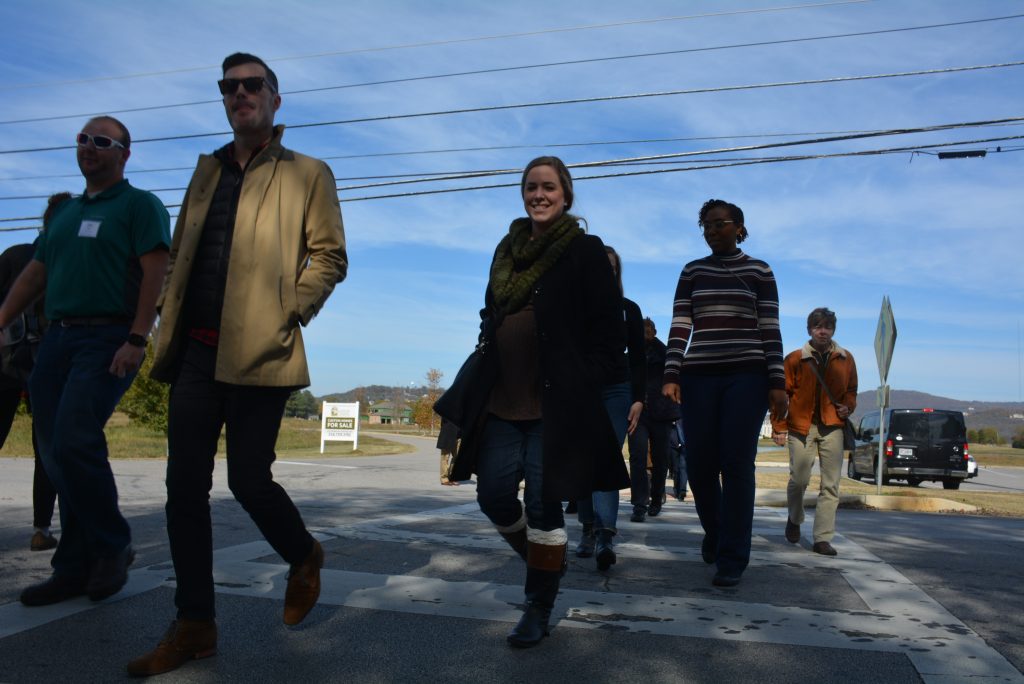 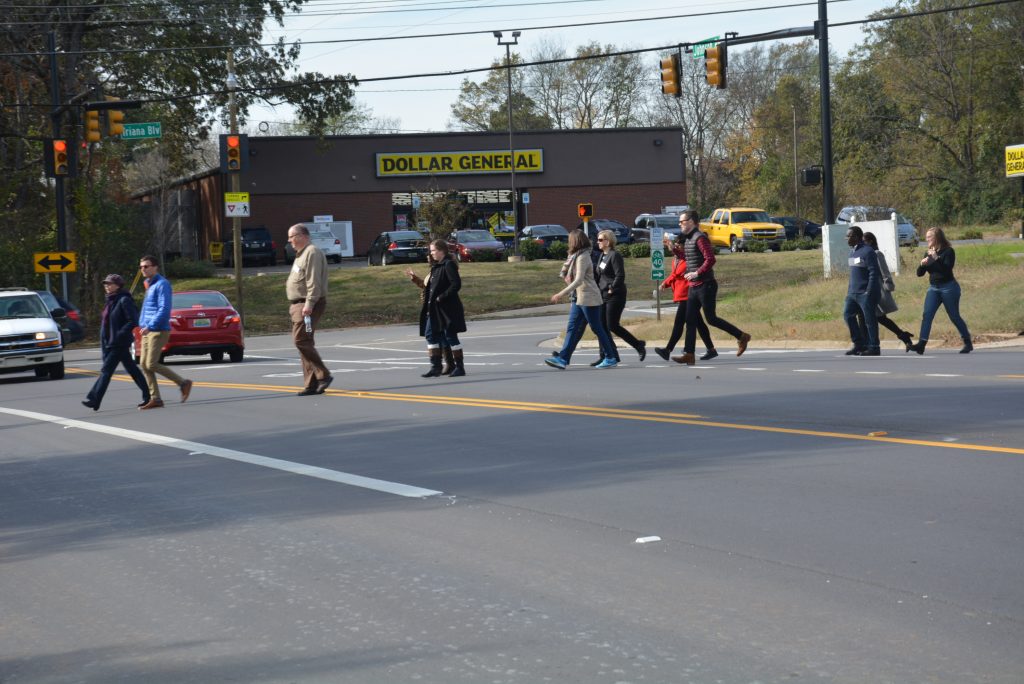 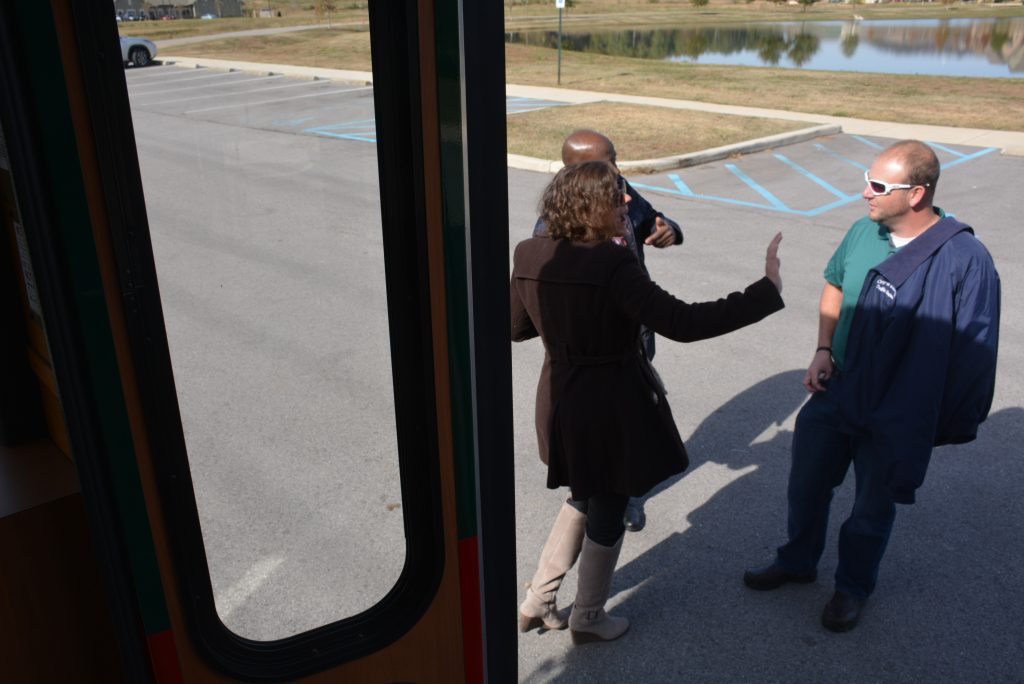 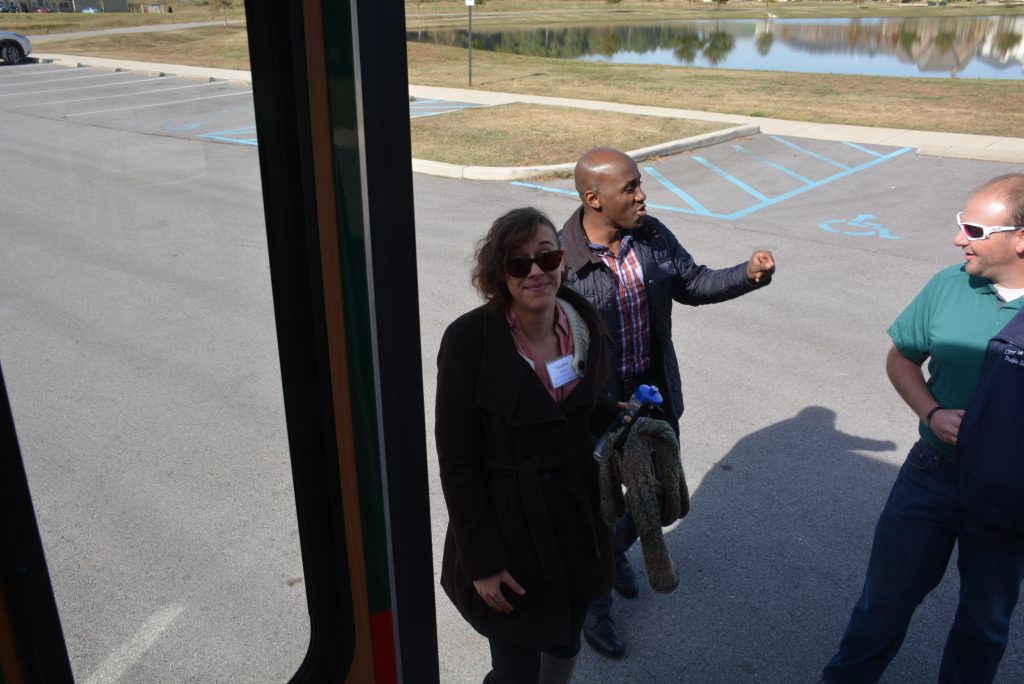 We had a few misadventures during these site visits. At one intersection, the group safely and carefully navigated our way across a street where no crosswalk was present, and at another location with a clearly marked crosswalk, yours truly had a near miss with an impatient driver who preferred to swerve into the shoulder rather than yield to me. Fortunately, safer street design may provide some solutions…

We spent the remainder of our time together brainstorming and sharing potential safety improvements for the problematic streets and intersections we visited. The team from Huntsville will use these ideas as a starting point to help them collaborate with the community on their demonstration project at one of these sites. 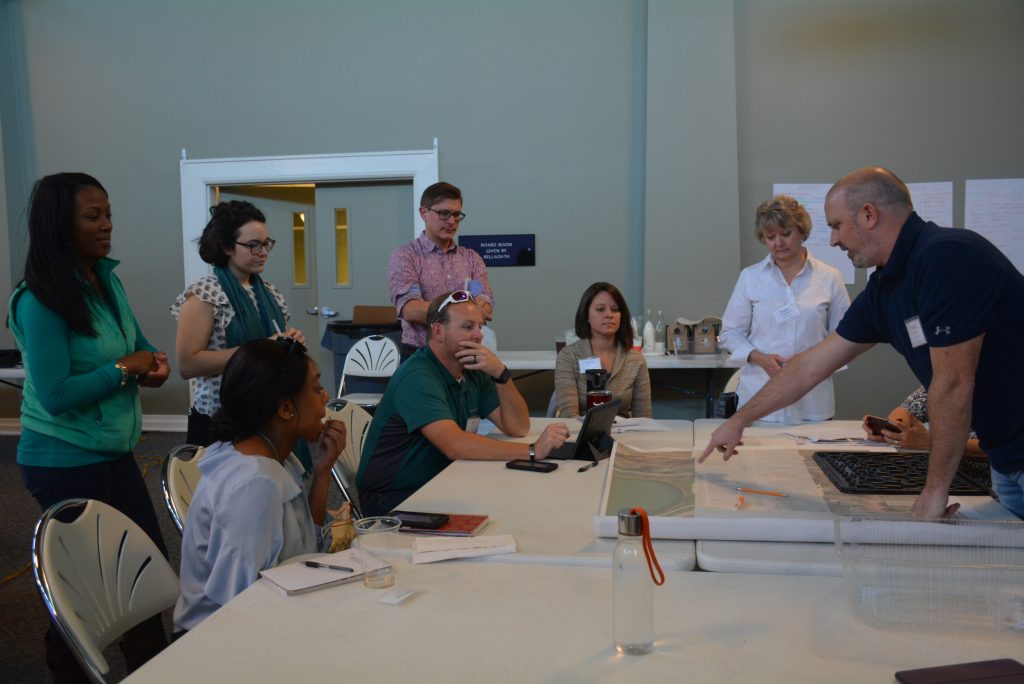 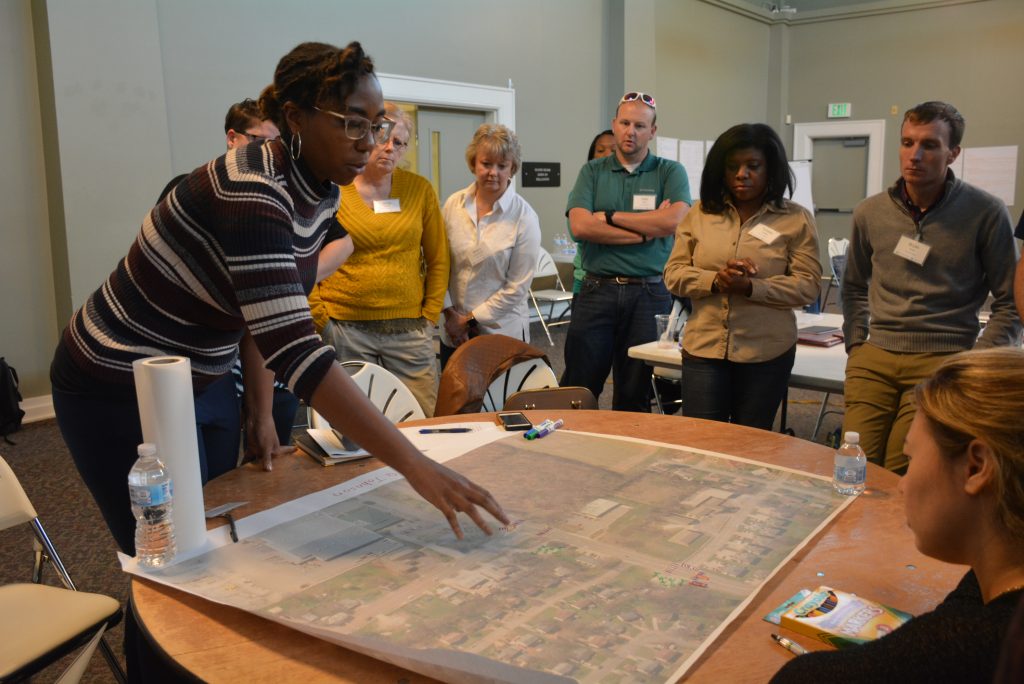 Over the next five months, we’ll continue working with these three cities to develop demonstration projects that test out new approaches to engage the community and create safer streets for people. Stay tuned for our next adventure in late January when we reconvene in Durham, North Carolina! 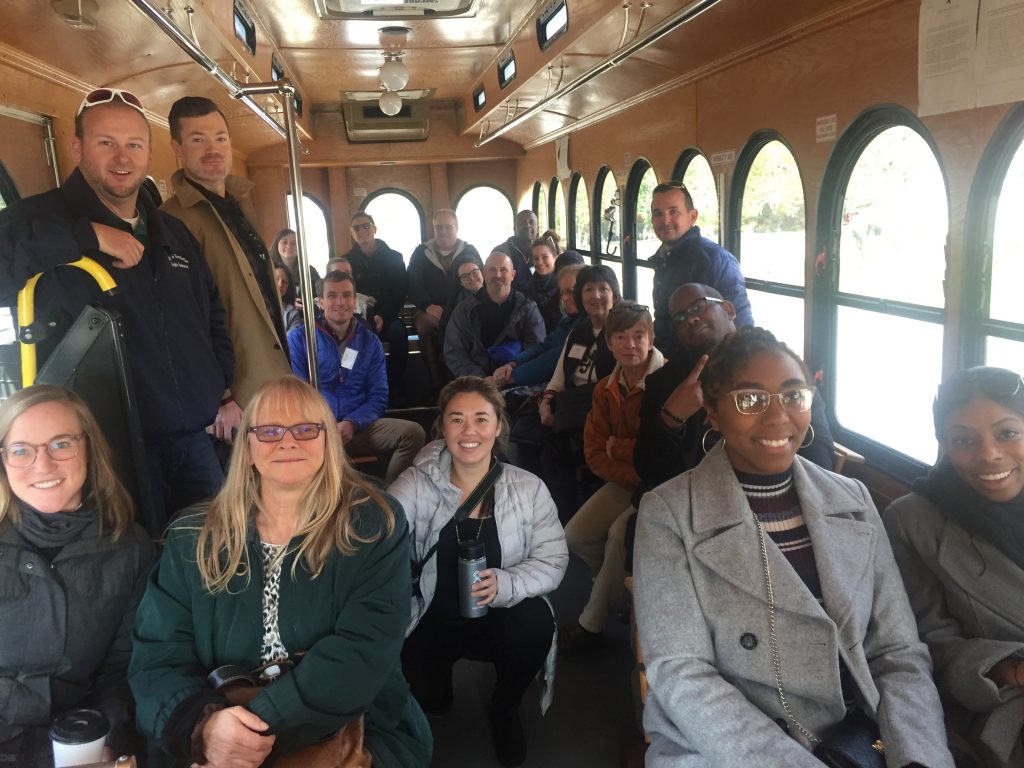 The Safe Streets Academy is funded by a Safe System Innovation Grant from Road to Zero, a coalition of more than 800 organizations committed to reducing traffic fatalities in the United States to zero over the next three decades. The coalition holds quarterly meetings to discuss innovative research and strategies and offers tools, resources, and grants to support safer streets nationwide.