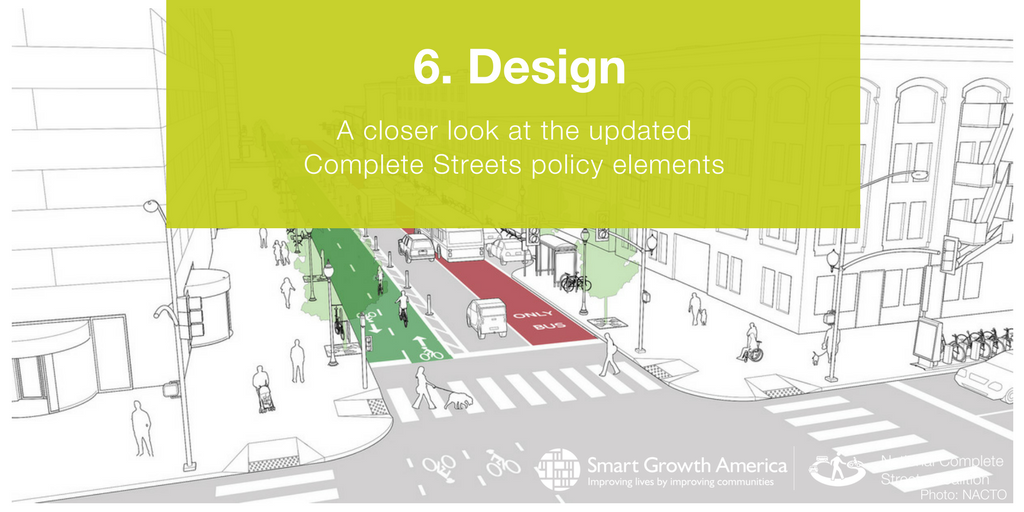 A Complete Streets policy cannot be implemented without an understanding of how to improve the physical environment. Jurisdictions should prioritize appropriate design guidance into their policy and implementation plans. The way roads are designed can influence traffic speed, safety, comfort, and many other factors that affect all people who use the street. We’ve updated this policy element to require jurisdictions to adopt or design guidelines in addition to adopting a policy. 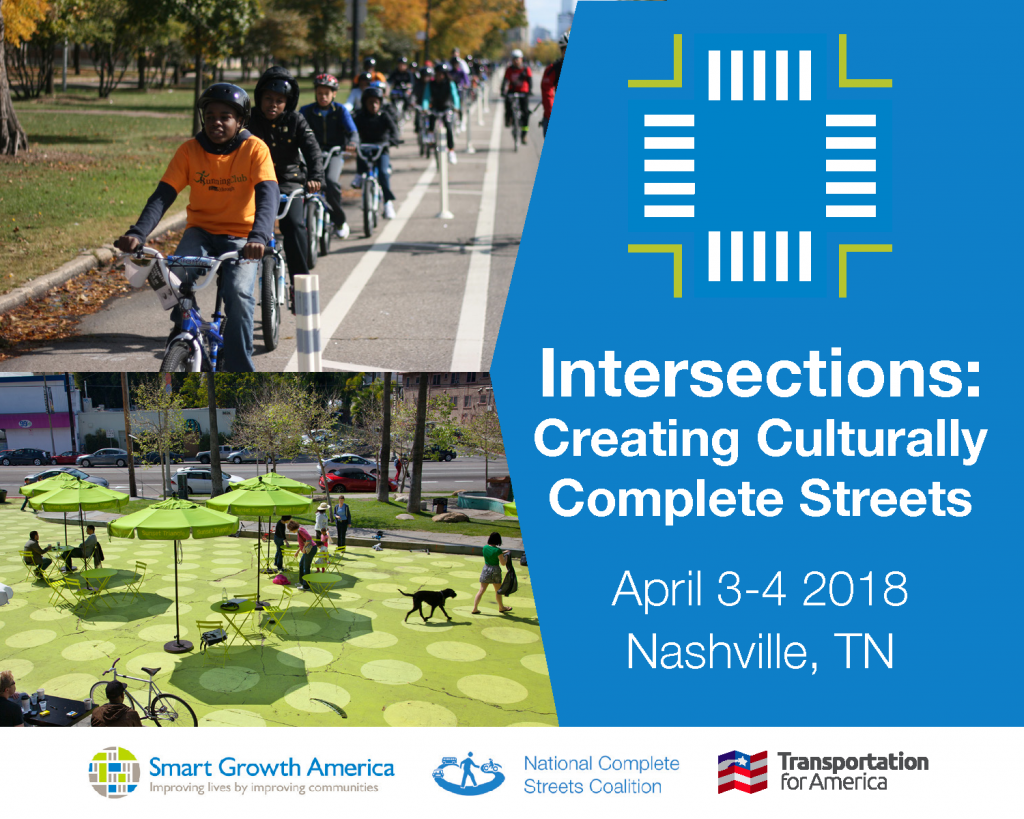 How to Build a Greener City
Wall Street Journal, September 12, 2011
It wasn’t long ago that the idea of using “green” and “city” in the same sentence seemed absurd. Cities were considered a blight on the environment: energy-hogging, pollution-spewing, garbage-producing environmental hellholes. But in recent years, they’ve begun to be seen as models of green virtue. City dwellers tend to walk more and drive less than their suburban counterparts, and dense urban development encourages transit use. Apartment living generally means lower per-household energy use. Building on these strengths, planners and developers are devising innovative solutions to meet urbanites’ energy, water, transportation and sanitation needs well into the future.

Re-Imagining NYC at the Urban Design Week Festival
WNYC, September 12, 2011
Picture a city road that recycles rain water or a pedestrian haven below Canal Street. These are some of the concepts that are on the table for the first-ever Urban Design Week Festival, which starts on Monday. With talks, panel discussions and brainstorming sessions, the festival’s organizers hope to join the ideas of New Yorkers with the vision and planning of urban designers and architects.

Cities and towns across the country face a number of complex problems associated with vacant and abandoned properties, including public health concerns, environmental hazards and reduced property values. Solving these problems is a formidable challenge for any city, but solutions too often lack the long-term vision and planning necessary to rejuvenate a disintegrated community.

In Philadelphia, a city with more than 40,000 vacant properties, one nonprofit organization took an innovative approach to addressing the problem. Philadelphia’s City Parks Association (CPA), a non-profit land use organization, has played a catalytic role in establishing and maintaining public parks and open space in urban areas of Philadelphia. With a mission “to stimulate visionary thinking about natural resources and open space in the urban community” and experience in city planning, CPA recognizes that Philadelphia’s ecology and community engagement are essential parts for finding solutions to the city’s vacant property issues.

From Barbara Campagna at the National Trust for Historic Preservation:

Finally – the National Trust’s Best Practices Manual, complete with over 50 pages on Sustainable Practices at existing and historic buildings – is online and downloadable!

Sponsored by the U.S. Department of Energy (DOE) Technical Assistance Program for state and local officials, this webinar shares strategies to put existing public buildings on the path to becoming high-performance buildings. The webinar will give an overview of a new guide being developed by Northeast Energy Efficiency Partnerships (NEEP) and regional stakeholders filled with low- to no-cost strategies to reduce energy and water consumption, maintain renewable energy systems, commission your existing buildings, select environmentally friendly materials, and more.

From CNU: CNU is seeking submissions for the 2011 Charter Awards, its premier annual juried awards program. The awards recognize outstanding design, development and policy achievements from around the world that embody the principles of the Charter of the New Urbanism and expand our understanding of their role in transforming communities for the better. The … Continued